Primary Connections has been working with and for teachers for more than 15 years. We’ve reflected on 15 of our biggest achievements. 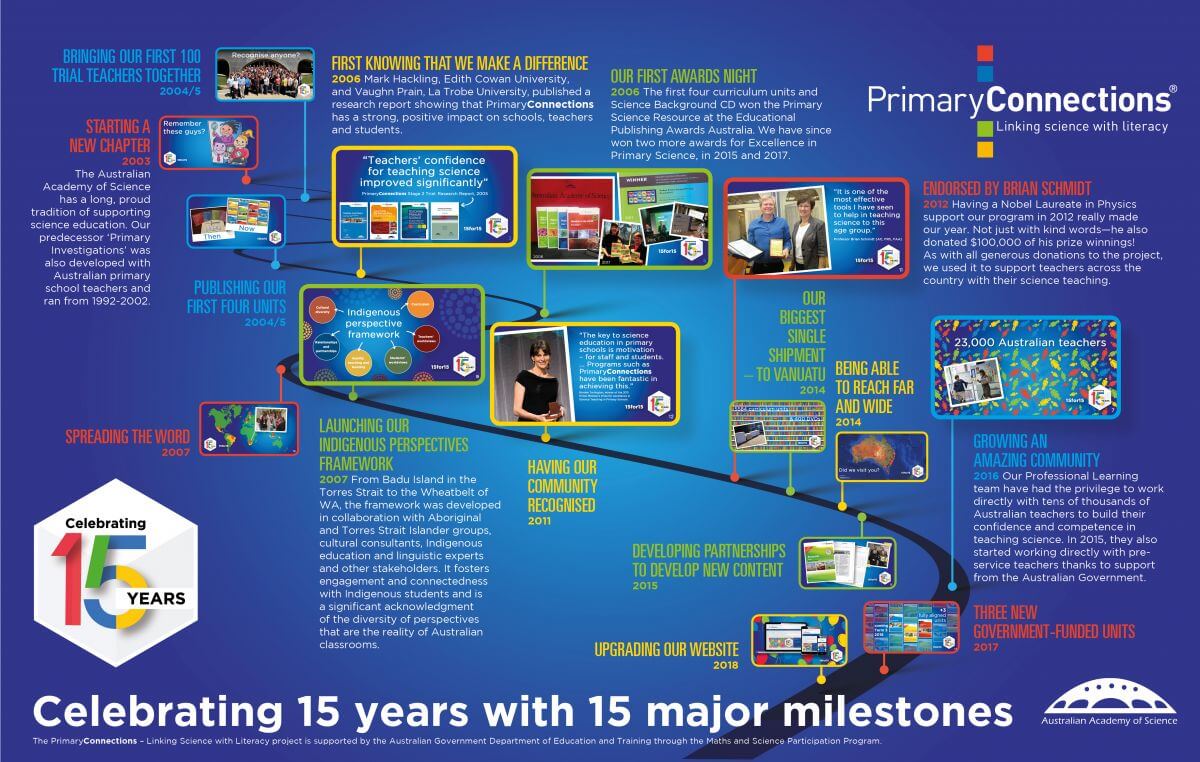 The Australian Academy of science has a long, proud tradition of supporting science education. Our predecessor, ‘Primary Investigations’ was also developed with Australian primary school teachers and ran from 1992-2002

2006- First knowing that we make a difference

The first four curriculum units and Science background CD won the Primary Science resource at the Educational Publishing Awards Australia. We have since won two more awards for excellence in Primary Science, in 2015 and 2017.

From Badu island in the Torres Strait to the Wheatbelt of WA, the framework was developed in collaboration with Aboriginal and Torres Strait islander groups, cultural consultants, Indigenous education and linguistics experts and other stakeholders. It fosters engagement and connectedness with Indigenous students and is a significant acknowledgement of the diversity of perspectives that are the reality of Australian classrooms.

2011- Having our community recognized

“The key to science education in Primary School is motivation- for staff and students. Primary Connections has been fantastic in achieving that.”

Having a Nobel Laureate in Physics support our program in 2012 really made our year. Not just with kind words- he also donated $100,000 of his prize winnings! As with all generous donations to the project, we used it to support teachers across the country with their science teaching.

2014- Our biggest single shipment to Vanuatu

Our Professional Learning team have had the privilege to work directly with tens of thousands of Australian teachers to build their confidence and competence in teaching science. 1n 2015, they also started working directly with pre-service teachers thanks to support from the Australian Government.